About a Friend  ©. copyright Fiona Padfield ‘92 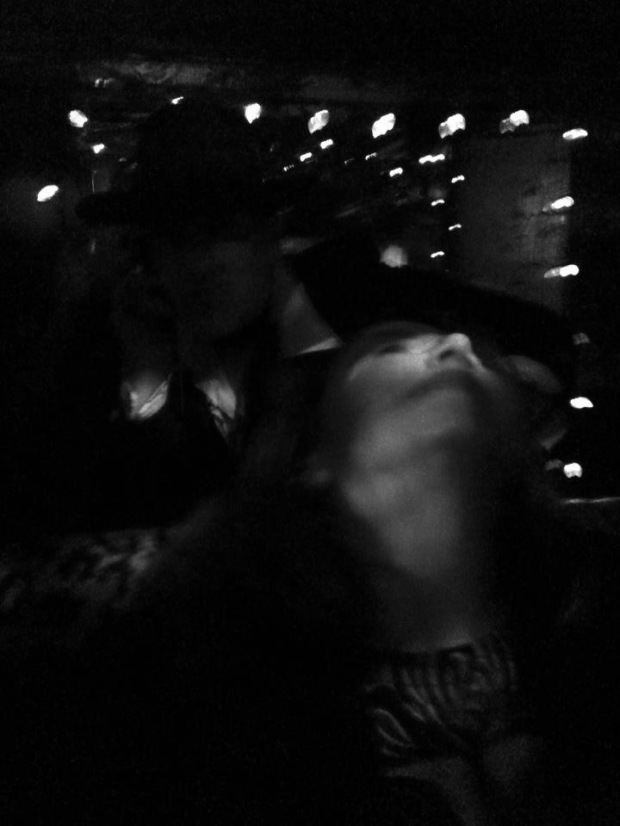 There was never a moment when we met or introduced ourselves; we just knew each other and treated each other with respect.  I was, after all, his future wife; well, I presumed I was.  He would interrupt our conversations each evening to discuss the type of door knobs and window frames he had ordered for our house – once we were married.  I always agreed with his choice.  He favoured round, brass door knobs and simple window frames.

His hair was shaggy and grey and curly like a Dulux Paint dog on top, falling into heavy dreadlocks at the back.  His skin was covered in grime and his finger nails black, so I didn’t like to get too close, but he didn’t smell.  He wore a deep blue velvet jacket, sometimes a shirt beneath it, and jeans.  He had large, doll-like eyes with long lashes.  With his eyes and his lithe movements, he reminded me of a gazelle.   I don’t think I ever knew his name, nor he mine.

He started leaving an apple or a crunchy bar on the bonnet of my car; he never admitted to it, but I caught him at it once or twice and like an animal about to be trapped, he disappeared.  Sometimes, if he’d left his offerings without being seen, he’d feel safe enough to pop out from behind a wall or parked van and watch me find my gifts.

He invited me to lots of parties.  The first was at midnight on the corner of New Bond Street.  I arrived on time.  He was delving into a cardboard box he’d placed on the window sill of a shop.  ‘Welcome to the feast!’ he said as he saw me and started to take crunchy bars and tins of ‘coke’ out of the box and line them along the pavement for me.  Eventually I tried to avoid his parties because they took a little too long and I was often late for my next performance.  But he didn’t stop giving me presents.

He started to leave odd pieces of material across the car – beautiful Indian cloth with golden thread woven into it, and lengths of rich black velvet, then clothes – new clothes, designer clothes complete with labels and price tags, and later, Victorian costumes.  Some were unfinished.  I’d turn a corner and catch his large eyes peering at me, then he’d vanish.   I wondered whether he’d raided a theatrical warehouse.  One night the pavement was lined with red velvet and my whole car, bonnet, windscreen and roof was draped in finery.  I removed it as quickly as I could, trying not to look conspicuous, and stowed it away in the boot.  When I tried the clothes on at home they didn’t fit; they were much too large.  I wanted to find out where he came from, but if I broached the topic we’d be off touring through the passages of our future house.  He was eloquent and, I suspect, highly educated.

I noticed another couple of strippers becoming friendly with him, and felt a little jealous, but I knew I was his chosen one – he didn’t bombard them with presents.

I never said goodbye to him.  He just disappeared from my life as he had entered it.  I couldn’t trap him or catch him or help him or know him.  I could only, I suppose, love him a little.  He made me feel safe.  I had my own private bodyguard who followed me around the streets of Soho till three in the morning, and I was grateful.